Yarralonga Ruby X Noonbarra Billy pups were born on the 15th  September 2013 – there are only 2 males left out of this litter ready for re homing. These Pups are vaccinated, wormed, vet checked and registered with the Working Kelpie Council.

Anyone looking for a pup? Due to a late cancellation I have a 12 week old female Black and Tan pup for sale. Both parents are excellent workers and Scoriochre (vic) breed. Has been vaccinated, wormed and vet checked. Will be registered with working kelpie council of Aust. Phone Adam 0427541152

Hi all, welcome to our website, we hope that it has all the info that you are after. If you need any more please don’t hesitate to get in contact with us. At the same time please feel free to make any suggestion on how we can improve or alter the site for the better. 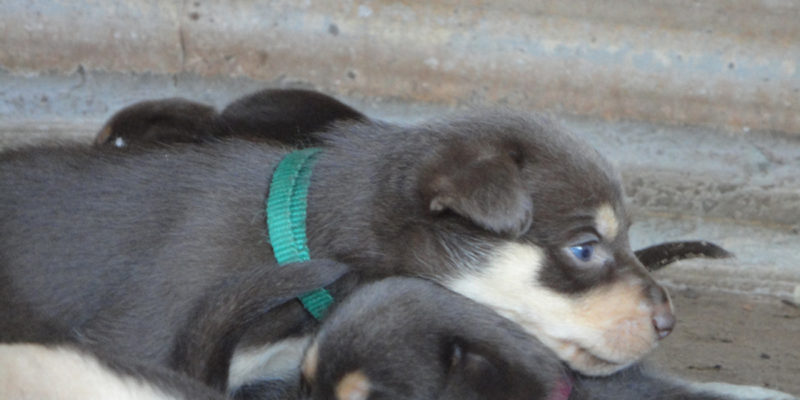 Delamak Kelpies have just taken delivery of Karana Oska as a potential new sire. Oska brings some of Karana best blood into the stud, being out of their “best brood bitch” Karana Daisey and sire Karana Abba. This combination has numerous national champions on both sides. 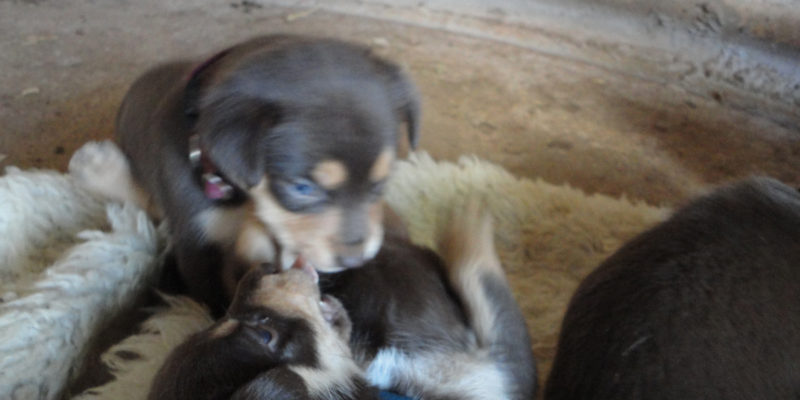 Scoriochre Meg gave birth to 6 healthy bonnie pups on 14 June 2013  with 4 females and 2 males. All pups are black and tan, with dark tan just like the mother and father Scoriochre Jim who is owned by Neil Saddler.

This mating has been long awaited after Jim’s accident with a upset cow, resulting with his leg being amputated there was a bit of speculation if the mating was able to happen or not. Jim being such a champion dog  lived up to his name and rose to the occasion. One female pup will remain at delamak Kelpies for progeny testing and general farm work while hopefully finding a place as a brood bitch. Neil Saddler will also retain a pup for him self.

The pups will be available on the 9 of August after there vaccination, worming, vet checked, and registration with the Working Kelpie Council of Australia.